Shelf to the Stage

Aaron Kula, FAU library archivist, collects sheet music from across the world. His mission — to save the music and bring it back reimagined. 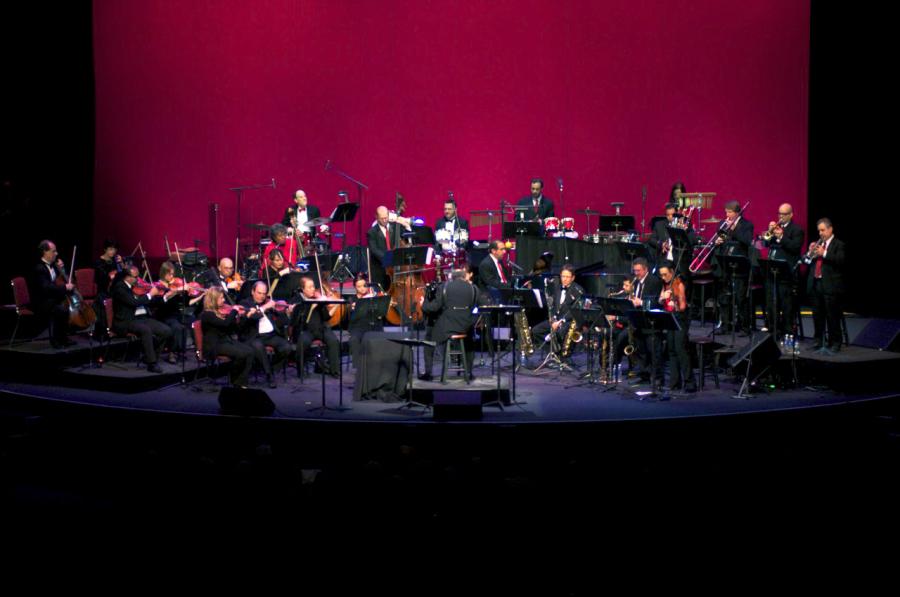 In a lesser-traveled section of FAU’s Wimberly Library on the second floor in the east wing, there is a door that appears out of place in a library. On it are the words “Aaron Kula Director of Music Performance and Education.”

Behind this door is one of many offices that manage and perform our library’s print music collection. Across from Kula’s office are beautiful scores from the early 1900s, a time that some would consider the golden age of American music.

This was a time where the “American sound” arose from the multi-cultural collaborations between Latin, African-American, Caucasian and Eastern European immigrants. This movement formed the roots of pop culture and contemporary music.

Kula explained, “Music was the great equalizer in America. It allowed everyone to share everything with each other. People intersected through music.”

Smiling, he holds a score of a Yiddish song, “Bublitchi,” sung by an African-American jazz singer. He shows students several other examples including the score of Rodgers and Hammerstein’s “South Pacific,” a musical about black and white interactions in the south, “Porgy and Bess,” George and Ira Gershwin’s opera about slavery, and Irving Berlin’s “White Christmas.”

Using libraries for storing information is outdated. Instead, FAU libraries decided to take its music collection in a different direction. Kula turns “archive” into “activity.” After library hours, he takes the library’s sheet music and performs it as the accordion-wielding conductor and composer of the Klezmer Company Orchestra.

FAU library is the only one in the world to host a professional orchestra.

The music director of KCO, Kula describes his work as “Shelf to Stage,” where he reimagines vintage melodies and brings them to the concert stage with new orchestration and arrangements.

“We are making this library relevant for the 21st century,” said Kula. He will take an obscure piano vocal piece and make it more stylistically modern by arranging it for over 20 instruments and performing it for a new audience.

Klezmer Company Orchestra has made four albums since its formation in 1996, and it has reimagined and transformed over 200 scores. Their second album, “Beyond the Tribes” (2008) was inducted into the Library of Congress in 2011. They toured internationally for the first time this summer at the Montreal Jewish Music Festival and the Toronto Ashkenaz festival.

Despite their success, as well as an appearance on the school website and a mention in the presidential speech this year, KCO, for the most part, is unknown to the student body. When mentioned, most students believe they are part of the music college, but KCO and the music college have been separate entities for 11 years.

However, from 1997-2003, Kula served as conductor and music theory teacher for the Dorothy F. Schmidt College of Arts and Letters’ music department and started his own Klezmer student group. For six years, Aaron was conducting both the student orchestra and KCO.

In 2003, Library Dean William Miller offered him a full-time faculty salary to manage the archives, and he took the opportunity.

“To have a faculty member here build an archive like that and still be here full time is impossible,” commented music department chair Rebecca Lautar. “FAU and South Florida is the perfect place to build that kind of collection and he’s the perfect person to do it.”

In their last performance at FAU, the Jubano Jazz Concert, held last March in the Barry Kaye auditorium, KCO held a music composition competition for students. FIU composer Eric Benaim won first place, a prize of $1,000. Not one student from FAU entered.

When interviewed, Lautar commented, “I wasn’t aware there was a competition.” Lautar expressed her frustration of how difficult it is for the library and music department to communicate, and more so for both of them to communicate with the student body.

“We don’t have enough people to distribute information, to monitor websites, to send out, to communicate,” she remarked.  “One of our big issues that we have with our own events, which I’m sure he [Kula] has exactly the same issue, is how to we reach our broadest audience both out in the community and on campus and make sure everybody knows.”

KCO invites you to attend their next FAU concert Dec. 7 in the Lifelong Learning Society Auditorium. For more information, please check out www.klezmercompany.com.