FAU is worrying about Ebola, but is it hurting or helping? 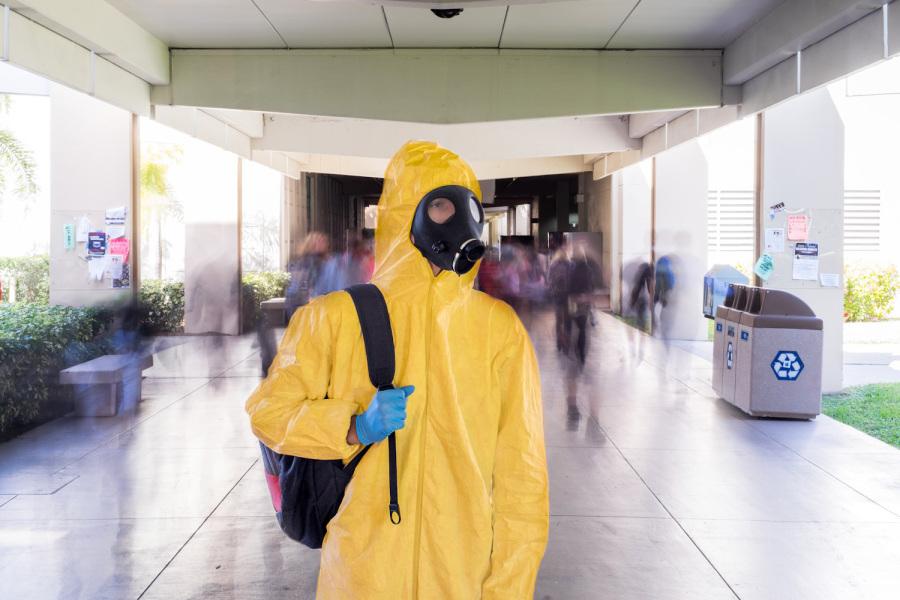 Correction: The original version of this story referred to Joe Caruso as a professor. Caruso is a senior instructor, not a professor.

Lately Ebola has become more of a joke than a serious concern. Someone coughs and you’ll hear another person yell, “Ebola!”

According to students, the media has been making an unnecessarily large issue out of Ebola, and sophomore biology major Jinny Bryant says that “[FAU] is contributing to [this] hypocrisy of the media because they don’t talk about flu that kills thousands a year,” but rather sends emails out about the arguably trendy disease.

On Oct. 15, FAU sent an email to students to “provide the FAU community with the latest accurate information about Ebola to help ensure they are well-informed,” according to Dawn Howard, director of marketing and communications in student affairs. The email read:

“The international concern over the Ebola virus is one that is shared by all of us in the Florida Atlantic University community. We are committed to the health and well-being of all our students, staff and faculty, and we are monitoring the Ebola situation at the University level.

We are complying with recommendations from the Florida Dept. of Health and the Centers for Disease Control and Prevention (CDC). If you have any questions or concerns, please visit www.fau.edu/shs/healthinfo/ebola.php.”

FAU’s email stirred strong opinions in students about it’s necessity and possibly bad repercussions. Junior chemistry major Jacqueline Gonzalez said FAU is “scaring people into being afraid of [Ebola] when many die of the flu.”

Kelsi McLaughlin, a freshman marine biology major, thought FAU’s email was “over the top and not needed,” and that she “wouldn’t have thought differently without it.” She thinks the concern over Ebola is “serious, but blown out of proportion.”

Ebola is a serious disease, but many students considered it over-hyped even before FAU’s email, such as Galen Hall, a sophomore neuroscience major. “There are far more common and deadlier diseases than Ebola to be concerned about,” Hill said. And he’s right.

Senior Instructor Joe Caruso, a medical microbiologist and immunologist, which means he studies the immune system, says “40 percent of people carry around viruses [on their skin] worse than Ebola”. It’s all about hygiene according to him. If we kept our hands cleaner it would be more difficult for these diseases to be transmitted.

According to Caruso, Ebola originated from other mammals, like monkeys or bats. The way the disease is commonly spread to humans is from eating these mammals. An example of this is the bat-eating festivals in Nigeria. By eating a bat with Ebola, the person gets infected with it. Ebola can only be contracted if the infected person’s puke or other bodily secretions get into your body, possibly through a little cut or some similar open wound. Most infected die before they can transmit the disease to others.

The symptoms that involve bodily secretions usually aren’t seen, but with more advanced medical attention, such as in special hospitals in the U.S., the infected live long enough for these later symptoms to arise. The earlier symptoms are flu-like but rapidly worsen, according to Caruso.

The most graphic occurrence that arises from Ebola is what happens to the intestines. According to Caruso, diarrhea is a beginning symptom but gets worse quickly as the intestines start to dissolve into a red bloody mucus and mix with the diarrhea. By the end, the infected is excreting a liquid consisting of their own intestines.

Firas Ahmae,  junior engineering major, said he had not seen the email but did know the symptoms of the virus. Ahmae believes Ebola is “not something to be concerned about, but we should be aware of it”.

Carlos Pulido, a senior business major, agreed. He doesn’t think it has “killed a big enough number for people to be freaked out”.

Caruso finishes by saying that “unless you’re planning a trip to Manila, [capital of Philippines and vulnerable city to be infected according to the World Health Organization], I don’t think there is much risk.” 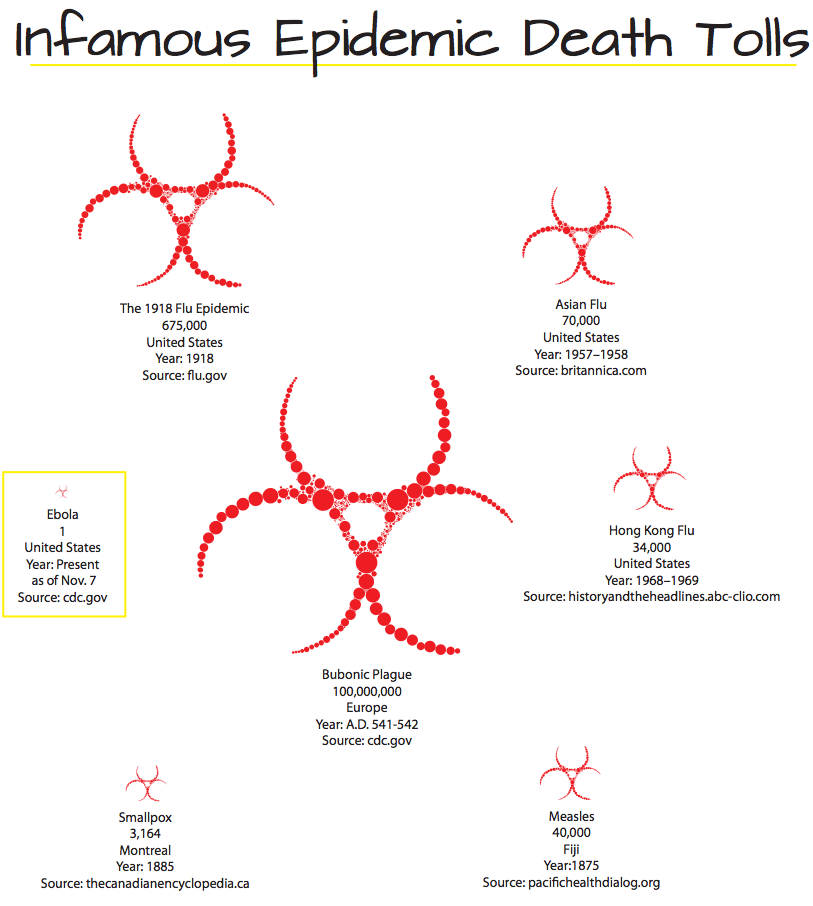