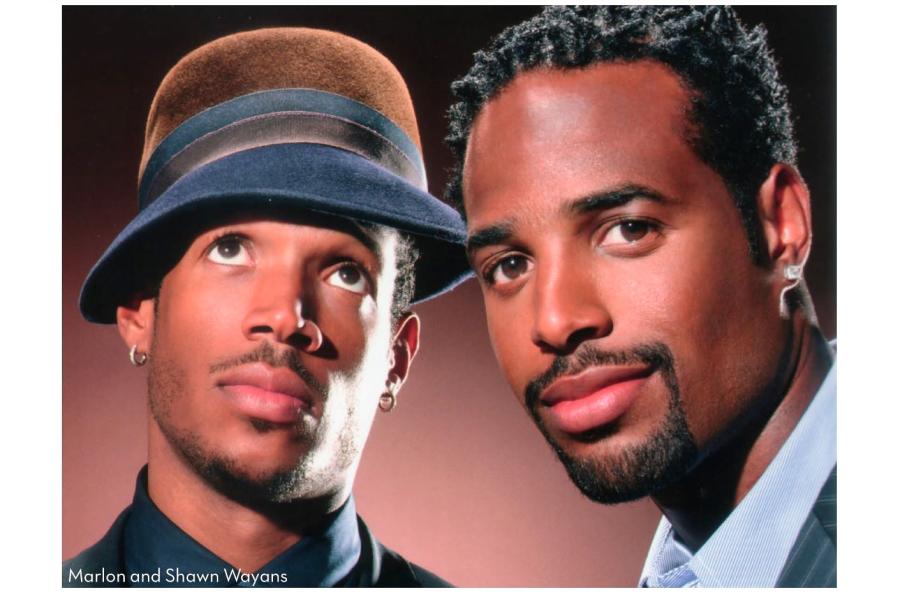 Photo courtesy of Program Board

Comedy duo Shawn and Marlon Wayans are known for their satire, slapstick and their take on race relations in America. They’re best recognized for their starring roles in films such as “Scary Movie” and 2004’s “White Chicks.” Their next stop is FAU.

In “White Chicks,” the Wayans brothers play FBI agents that are forced to dress up as two socialite heiresses in order to protect them from being kidnapped. Disguised in tight- fitting jeans and platinum blonde wigs, there is a scene where the pair rap along to Notorious B.I.G and 50 Cent in a convertible full of white women after their disguises are almost blown by their inability to sing “A Thousand Miles” by Vanessa Carlton.“I think they’re corny,” said Lakshmi Apolinario, a junior philosophy major. “It’s a positive corny, though.” 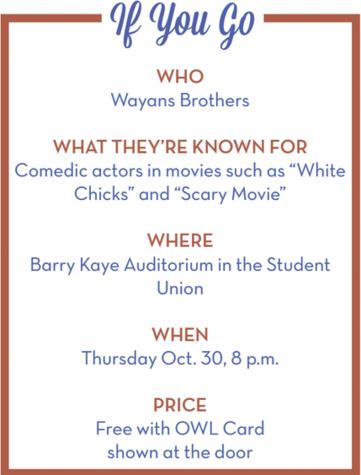 Free to all FAU students, the Wayans brothers will be featured Thursday, Oct. 30 at 8 p.m. in the Barry Kaye auditorium for the Owl Prowl Comedy Show during Homecoming week.

As for how the performers were chosen, Homecoming Director Jason Twigger told the UP, “We noticed that they were available when we were thinking about comedians and it’s the Wayans bros — kinda hard not to pick them. So we ultimately decided to contact them and they agreed.” Twigger then added, “I love the movie ‘White Chicks.’”

Twigger was asked about the cost of the Wayans Brothers contract but did not disclose the amount. Despite an email request to the Homecoming committee, the price of the Wayans brothers’ performance is unknown as of publication time.

The show is being advertised through posters around campus as well as a Facebook event page. Dakota Tanke, an undecided freshman, said she would go to the comedy show. “They’re hilarious. At times they act stupid to the point that they’re funny,” she said.