In case you missed it: College Colors Day 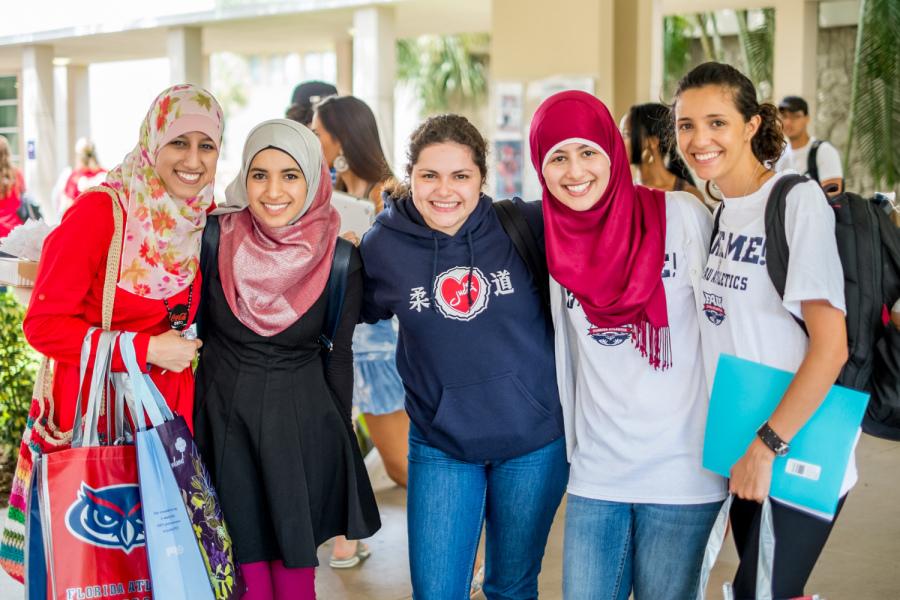 Everyone was sweating and gyrating, cheerleaders doubly so.

Sponsored by The Collegiate Licensing Company to promote school pride, one person is randomly chosen from all social network posts for an all-expense paid trip to the football playoff national championship game. Twenty-five randomly chosen people are given $25 gift cards.

Each hashtag post is worth a point and the school with the most points wins the 2014 College Colors Day Spirit Cup. The College Colors Day contest was won by University of Alabama with 81,006 points. FAU won its conference with 4,520 points.

Anyone within a mile radius of the campus saw the celebration. All the way from the Student Union, the beating of the marching band drums were heard.

On the Breezeway, a crowd formed around the FAU mascot Owlsley, who was dancing to the beat of the music while cheerleaders in the courtyard chanted FAU fight songs. The atmosphere was one of school pride and mixed curiosity.

Being South Florida in August, heat and humidity also made an appearance, but plenty of sponsors gave away sodas, drinks, and in one tent, protein milk during 90 degree heat.

There were hula hoop contests and Bria Johnson, a psychology major  proudly said  “I was going for 4 minutes” while showing off her prize: a neon green hula hoop.

In front of the bookstore, a tent handed out glasses and bags if you posted on the social network of your choice with the hashtag #FAUCollegeColors.

As the marching band ended their performance, the event took a more casual atmosphere.

Owl Radio DJs played rap music as students socialized around sponsored tents and cheerleaders mingled with the crowd while sipping on free drinks.

Owlsley posed for pictures and selfies while the crowd dispersed. FAU may not have won the College Colors Day contest, but the event was clearly a success in raising school spirit.