FAU’s Daniel Raviv, an engineering professor, has a patent that could save millions of lives a year by blocking texting while driving. 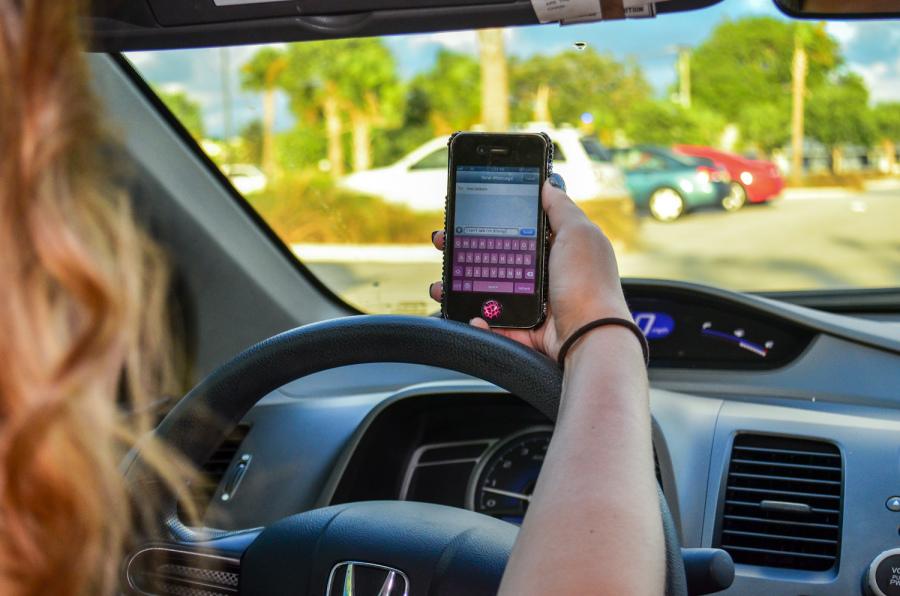 You are driving down the highway when you hear the buzz of your cell phone. Do you answer it? It could be an emergency, sibling could be hurt, parents could be in the hospital, or it could be a friend asking if you want to hangout.

FAU Engineering professor Daniel Raviv thought that this temptation can be too much to bear for some drivers and has figured out a way to fulfill the idea of blocking texting while driving, patenting the idea as well.

A few apps have been created on the Android Market that block texting while the owner is driving. iOS users, however, do not have a downloadable app they can use on their iPhone that recognizes that their car is moving and automatically prevents incoming texts messages.

One of the apps for Android that does so costs thirty dollars and has only been downloaded 100-500 times according to Google Play. There is a free app called Free Safe Text that has been installed 10,000-50,000 times with positive reviews but it still needs to be voluntarily downloaded.

Phone companies have the ability to block texting to any phone at any time. According to Raviv, they do not have the capability of doing so with the precision of blocking text messages only to the driver’s phone.

What is so revolutionary about what Raviv has done is that he has come up with a way to precisely figure out which phone is the driver’s in a car packed full of people and therefore be able to only block texting on the driver’s phone. This is the fundamental part of Raviv’s work that couldn’t be done before.

Verizon representative Chuck Hamby, when asked about their interest in possibly implementing Raviv’s ideas, says that “anything that can help not texting and driving would be a good thing”.

According to Raviv, no software (or hardware, for that matter) needs to be installed. He makes a point to describe how it is not an app, but something that would work directly through the phone company like the GPS tracking feature. What Raviv patented is a set of mathematical equations that helps increase the accuracy of GPS tracking to assist in pinpointing who exactly is the driver in the car. The program also uses cell phone towers to triangulate the phone’s location.

Texting won’t be blocked simply by the speed the car is moving at. The technology can tell whether someone is driving or not. The phone company’s GPS uses where the person is along with their speed to determine whether to block the phone or not. For example it can recognize that the person is on an airplane and won’t block the phone even though they are moving at 500 MPH.

None of these ideas have been tested yet, but according to Raviv, “With the assigned (licensed) company and a provider we will hopefully test it soon.” He says he can’t test it out himself and the phone company and provider are necessary since their technology is what his mathematical formulas are meant to be used with.

Privacy is an issue that may also come up with the program. Raviv says “It does affect privacy, but [unlike texting] in real life there is no undo.” He explains how the blocking of the texting is though the phone company, like Verizon. Before Raviv’s patent, companies just could not block them as accurately as what the formula has achieved. Privacy would be no more endangered when using this technology than it already was before.

According to Hamby, a customer needs to opt-in for GPS to work on their phone, therefore privacy would not be violated using Raviv’s technology. According to policies at Verizon they would not be able to force this texting block program without consent from the contract holder.

Katherine Gonzalez, an FAU senior and neuroscience major, sees this as a “good idea but not the way to go”. She thinks this technology could eventually be hacked and could be dangerous because the GPS tracking would be so precise. Keef Davis thinks differently, he is an FAU junior and elementary education major who likes the idea as well because he is “annoyed by texting drivers” but thinks there are already apps and other things that can track your location so one more thing wouldn’t make much of a difference.

When asked whether any technical issues might arise with this technology Raviv said, “There is no engineering technology that works perfectly.” He believes there is always room to improve. Some other technology might even arise that works better than his and he is perfectly okay with that. “I am not a businessman, I am an engineering professor who wants to save lives.”

Raviv works on many parallel projects at the same time, another being improving speed bumps. He had decided to work on helping the texting while driving situation from a very simple way of looking at things, according to Raviv, “I observe daily life and find things that bother me and need solutions.” He says that all his projects have a bottom line of “helping people and communities, making lives better, and saving lives.”