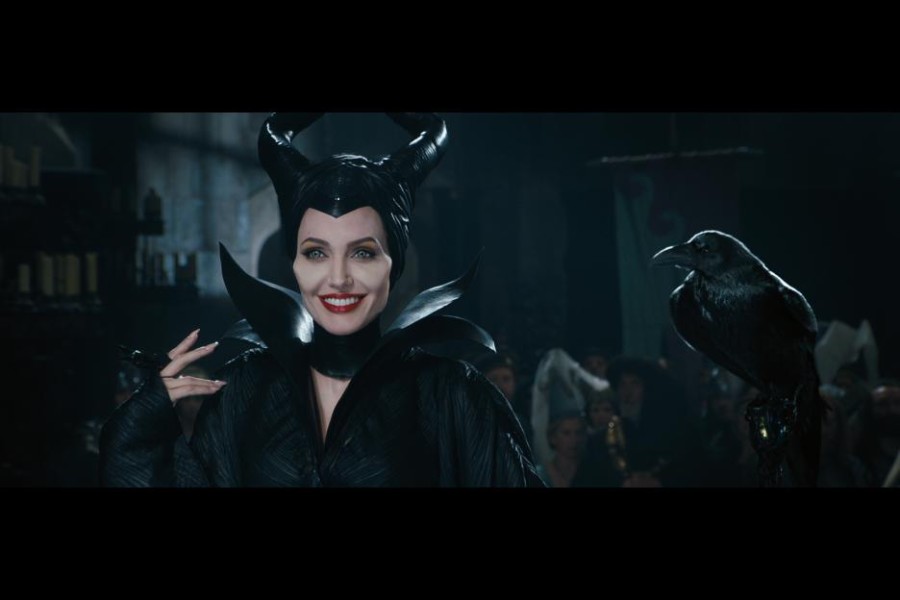 Disney’s “Maleficent” is an action-packed fairy tale that blurs the lines between good and evil, changing the way you see villains forever.

This brilliantly reimagined live-action adaptation succeeds where other adaptations, like 2012’s “Snow White and the Huntsman” fail — it is creative and original, yet stays grounded in its source material. “Maleficent” tells the old story of “Sleeping Beauty” anew in a tale that was definitely not expected, but most welcome.

The film retells the story of “Sleeping Beauty” from the perspective of the so-called “mistress of all evil.” Maleficent (Angelina Jolie) sets off on a mission of revenge against her childhood friend Stefan (Sharlto Copley), who betrays her trust out of greed and ambition; however, Maleficent wasn’t always the villain.

Young Maleficent (played by Isobelle Molloy), the most kind and strongest of the fairies, is a native of the Moors, a magical kingdom that houses many mystical creatures including fairies and giant talking trees.

It is a peaceful world unknown to the neighboring human kingdom until a young thief, Stefan (Michael Higgins) makes the acquaintance of Maleficent. The two quickly become friends, and as they grow older, their relations grow into romance.

But Stefan’s ambition for status in the human world drives him away from Maleficent and the rest of the human kingdom soon begins to disrupt the untroubled world of the Moors.

The human world, so desperate for control of the magical kingdom, wages a war, but it can’t win as long as Maleficent is in the wings (pun intended) protecting the Moors.

So, on his deathbed, King Henry (Kenneth Cranham) promises his throne to the person who kills Maleficent.

Determined to be king, the ambitious Stefan uses his friendship to lure Maleficent into a false sense of security before he betrays her, cutting off her wings and ultimately turning her into the villain we all know and love.

The rest, as they say, is history. Like its original source material, the evil queen of the Moors curses Kings Stefan’s daughter, Princess Aurora, so that when the sun sets on her 16th birthday, she will prick herself on the spindle of a spinning wheel and fall into a deep sleep that cannot be broken but with “true love’s kiss.”

The film does well to balance old and new, creating an original story while still maintaining the classic images of Maleficent that made her one of the best villains.

Her character staples, such as her staff and pet raven Diablo — who is renamed Diaval (played by Sam Riley) and is actually a raven turned into man so as to be Maleficent’s eyes, ears, and “wings” — become more than just props and instead add dimension to Maleficent’s story and character.

Similarly, the three fairies tasked to care for Aurora are still present and add some much needed humor to the sad and dark tale of Maleficent. Flittle (Lesley Manville), Knotgrass (Imelda Staunton) and Thistletwit (Juno Temple) are completely incompetent caregivers, almost allowing toddler Aurora to run off a cliff in search of a butterfly, and their constant bickering was absolutely hilarious and endearing.

With the exception of a shoddy English accent, Elle Fanning’s Aurora was absolutely charming. Like her character, you can’t help but be pulled into Fanning’s warm smile. She captures the innocent love and compassion that Aurora has for everything in the world, including Maleficent.

While each of these characters were interesting in their own right, it’s Angelina Jolie’s Maleficent that steals the film, and rightly so. Jolie is no stranger to playing the bad guy, and as a seasoned actor, she pulls you in with a simple look or a laugh.

But it’s her good side that really makes the film. She adds so much depth and complexity to Maleficent, making the audience travel the entire spectrum of emotion, that by the end of the film, you’ll find yourself questioning the real stories behind your favorite Disney villains.

“Maleficent” gets three of four stars for a story line that is both action-packed and heart-warming. With strong acting from Jolie and an original script, which is surprising but completely satisfying, this film is sure to make die-hard Disney fans, or anyone for that matter, giddy.