Students Speak Up at “Reinventing the Breezeway” Forum 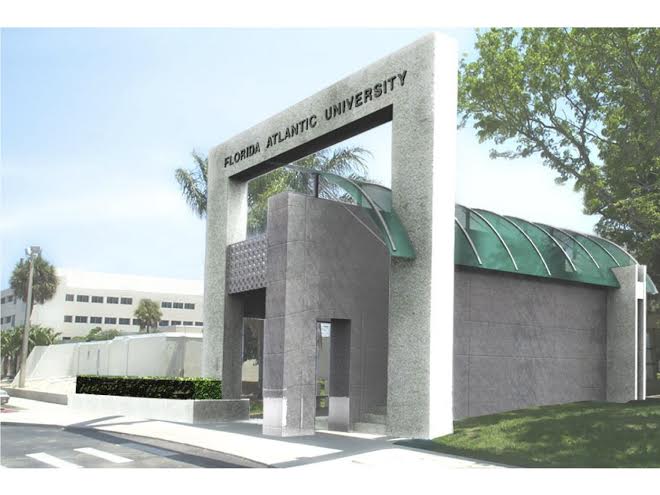 Art wall space, green environment, and a 24/7 Chili’s: these were some of the student suggestions heard at the “Reinventing the Breezeway” open forum held on Tuesday, April 15 inside the Marleen and Harold Forkas Alumni Center on the Boca Raton campus.

Due to its iconic location and history, the Breezeway open forum was an all-day event focused on getting feedback from former and current FAU students, external community, faculty and staff members on Breezeway renovation ideas.

Architect Jim Kerosol of MC Harry & Associates, Inc. led the student open forum from 11 a.m. until 12:30 p.m. The 30-person architect company was selected by FAU to amplify the Breezeway based on input suggestions, budget estimates and limited timeline.

Nearly 40 of the students in attendance saw a brief Powerpoint presentation that showcased photographs and concept art. Some students raised their hands and pitched ideas. Others backtracked to what a student originally pitched while adding their own vision.

Eric Rahm, senior art history major, took an art-on-campus initiative by commenting on the lack of foot traffic in the Ritter Art Gallery and the Breezeway’s second floor.

“Accessibility to the Ritter gallery. Something to utilize for new students, and as far as art is concerned, maybe have a blank wall space to display student artwork,” said Rahm. “It doesn’t have to be just art students; It can be anybody making their own art.”

With a sudden interest in boosting the second floor Breezeway traffic, students pitched about adding a second Starbucks, second Owl Card center, and a Chili’s—all three with 24/7 access.

“I feel there should be at least half a dozen bars. I’m talking about a Chili’s, Carrabbas, a second Burrow, places where students can go to eat and drink Monday through Sunday instead of Monday through Friday before 5 p.m.,” said Tyler Tipton, Owl TV station manager. “Also a 24/7 Owl Card center—can’t enter the dorms without an Owl Card, can’t enter gym without an Owl Card, can’t even print without one.”

Even with ideas on opening up the second floor Breezeway, senior secondary education major Al-Rashad Ali had worries about the unreliable elevator access.

“Is there any plans for handicap access to the second floor?” asked Ali. “There’s only two elevators—one in Life Science building hidden and one by South that takes forever and a day.”

A big concern junior architect major Javier Hernandez faced was keeping the balance between modern design and a green environment.

“Notice how it’s a lot of concrete and there’s a lot of trees?” asked Hernandez while pointing at the concept art. “We should keep the green field and if you add the stairs, it will take away from the green.”

“As a tour guide, we use it as a selling point,” said Hernandez about the current conditions of the Breezeway. “It’s a sore eye for students. We don’t really show school spirit.”

“Maybe have low-tech hooks where different organizations and departments keep everything current,” said nursing junior Jessa Costello. “Breezeway has a lot of advertising potential. It’s just not realized yet.”

FAU President John Kelly made a quick appearance between the open forum break and sat with the UP for an interview. Kelly gave some feedback after reviewing the student suggestions from the open forum.

“At the end of the day, I’m anxious to hear [really] what all the architects heard from all angles,” Kelly said. “I’m trying to think of how the Breezeway becomes more of a constant functioning thing that everybody enjoys.”

When asked about the notable interest of increasing traffic on the Breezeway’s second floor, Kelly joked if there were even buildings above the main floor.

The Breezeway remodeling—without a specific start date as of publication time—will be a phased project with an estimated completion date for 2016.