Today FAU’s Board of Trustees — the 13 officials who vote on tuition rates, loan debts, and other financial decisions — appointed Acting President Dennis Crudele to be interim president, and approved a new Collective Bargaining Agreement with the university’s faculty union. The board also announced the new dorm, Parliament Hall will be completed earlier than expected.

Crudele, who has been FAU’s acting president since Mary Jane Saunders announced her resignation in May, was appointed interim president today. He could serve anywhere from a year to 18 months, or until a permanent replacement is found. Before the board discussed a Presidential Search Committee, its Chair Anthony Barbar, sought feedback from fellow Trustees.
“Do we think we should start a search immediately?” Barbar asked. “Or should we delay for some period of time before we search?”

Trustee Jeffrey Feingold responded by saying he wanted the “cleanup” to start right away.

“I think we need [to] appoint an interim president because I’d like to get this university in the healing process,” Feingold said. “The faculty, the administration created some issues and I’d like to get these issues cleaned up.”

Feingold later explained that after the cleanup takes place, any candidate should still be “philosophically-aligned” with the university’s beliefs.

Other board members disagreed with Feingold, saying that FAU needs a replacement immediately and the university needs to get on track as soon as possible.

“This is a business, and business needs to continue,” Trustee Abdol Moabery said.

Then, Trustee Julius Teske suggested hiring a consulting company to suggest a pool of people qualified for the job. FAU Attorney David Kian clarified that this is still a lengthy process, and it could easily be a full year before a suitable replacement is found.

Chair Barbar proposed starting a committee to promptly begin a search for a replacement. Trustee David Feder explained to the board members that being on this committee will take a lot of work and it will not be easy, and Feingold pushed for a committee made up entirely of faculty members.

Student Body President Peter Amirato — the only student trustee — voiced concerns that this presidential search concerns the students as well, and administrators are accountable to the student body. 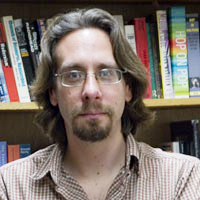 During the meeting, the board also unanimously approved the 2012-2015 term Collective Bargaining Agreement. The CBA breaks down policies that affect professors, administrators, faculty, and other staff regarding hiring, promotions, tenure, salaries, benefits, non-reappointment, and leave. The agreement stands between FAU’s BOT, and the university’s chapter of the United Faculty of Florida, a statewide faculty union.

Diane Alperin, associate provost of personnel and programs, explained each article within the CBA. She explained that FAU would stop paying employees for accrued sick leave upon separation of employment, which would save the school money. The CBA did implement a parental sick leave policy, however, which is also in place at other Florida public universities including UF, FSU, and FIU.

“We have negotiated zero salary increases, except merit-based pay increases,” Alperin told the Trustees. Trustee Feder followed by explaining that savings was not the only factor examined.

The largest part of the new CBA, however, grants the provost the power to establish post-tenure review. This means that professors who do receive tenure will be under review from the administration and can have their tenure taken from them if it is found they are in breach of contract. Though a valid concern, some professors feel post-tenure review is not needed.

“Everyone wants faculty to be accountable, but they need to have freedom” Chris Robe, communications professor and UFF Union President told the UP. “We have to make sure that it’s not used to silence professors.”

It was also announced that the new dorm hall, Parliament Hall would be completed early and under budget. What will be done with the money saved remains unclear.